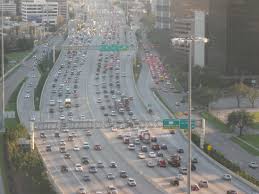 OPINION: Cars are Not the Answer to Growth

Myrtle Beach is, according to US News, the fastest growing place in the country. Accordingly, we have been coping with insufficient infrastructure. This has been answered with more roads and wider highways. Yet, traffic is still getting worse. The issue is cars have no role in sustainable development.

Studies have shown that in urban areas, more cars cause more traffic because of something called induced demand. Since there is always more demand for roads than supply, roads can never meet the demand and more roads will get just as clogged with traffic. Actually, because more lanes mean more cars changing lanes, getting in wrecks, and slowing down traffic, it actually can lead to worse travel times — as happened when the Katy Freeway in Texas got expanded to 26 lanes of traffic and travel times got expanded too. Public transportation, walking, and biking infrastructure have been proven to reduce traffic congestion as people choose to take them instead of driving.

These expanded commutes are correlated with a number of physical and mental health issues. Cars are the leading cause of death among teenagers. The pollution caused by cars can cause cardiovascular issues. The stationary lifestyle it necessitates increases one’s risk for diabetes and heart disease. Finally, long commutes—especially by car—are correlated with increased stress and decreased life satisfaction. Considering all of this, why would anyone drive if they had another feasible option?

Car infrastructure is also extremely expensive and economically unproductive. Highways and road widening projects often have a lower return on investment than their initial costs. Also, cities often cannot afford to cover the maintenance costs of car infrastructure. According to Strong Towns—a sustainable development think tank, this can lead to a “Growth Ponzi Scheme” where new development funds the maintenance of old infrastructure. Once the growth inevitably slows, the city is left bankrupt.

Cars account for one-fifth of US carbon emissions. If we want to reduce carbon emissions, reducing car dependency is essential. In the US, one-third of car trips are less than two miles. Walking or biking could easily complete these trips if the infrastructure existed for it.

Finally, the greatest factor in determining if someone will escape poverty is access to transportation. If we truly care about equality of opportunity, we cannot require everyone to own several-thousand-dollar financial liabilities.

Myrtle Beach and thousands of communities across the U.S. must decide if they will follow the rest of the country into the gridlock of car-centric development and bankruptcy or set a new course based on sustainable development, revolving around walking, biking, and public transportation. For traffic, city budgets, the climate, and equality, car-centric transportation is not the right choice.