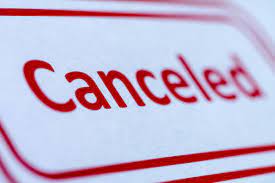 In December 2019 famous “Harry Potter” author J. K. Rowling was “canceled” on Twitter for supporting a “transphobic” researcher. She’s one of many celebrities who’ve been “canceled” by Gen Z for expressing their viewpoints. These Gen Z teens cancel others because they claim to be open-minded and want others to be, too. However, condemning someone who simply views something differently is not being open minded.

Viewpoints lay on a spectrum: conservative to liberal. Liberal individuals say they are fighting for a “utopia”. They attend protests as part of the Black Lives Matter Movement, but then cyberbully those with opposite opinions. They believe with enough force they can mold society however they want. Yet, they don’t understand social justice and diversity, which they’re often seen fighting for, both come with limitations. They aren’t actually trying to make the world more accepting; they’re trying to tip the national viewpoint to their side of the spectrum – the liberal side.

Technology is also contributing to a cancel culture. Nathaniel Turner said in his TED Talk “We Owe Generation Z an Apology Today”, “We’ve… provid[ed] [teens] with electronic devices that add extra dopamine to their brain [causing] them… to be addicts of instant gratification.” By spoiling younger generations with technology, we’ve created another narrow-minded society with views pitted against one another. They fight for what they believe in, but lash out when their goal isn’t achieved immediately. They set up celebrities and politicians as extremists and “cancel” them on social media, such as when they “canceled” Scott Cawthon, the creator of the video game fandom “Five Nights at Freddy’s” for donating money to Republican candidates such as Mitch McConnell.

The solution to this problem seems simple, but it actually isn’t. People such as Shannon Doyne have talked in a NYT article about the importance of different perspectives. One thing she mentions is the solution our society needs: open communication. She suggests literally putting people with diverse backgrounds together in a room so they will naturally discuss viewpoints and in turn “become more informed, [and]… more empathetic.” Also, the group Braver Angels is bringing people with diverse backgrounds together in 1:1 online conversations to find ways to compromise.

Current generations are stuck in their opinions, but it’s not too late to help younger generations. Teach children proper communication skills — how to listen, explain, and understand — and get them comfortable with asking questions so they don’t have to worry about a sectionalized world in the future.