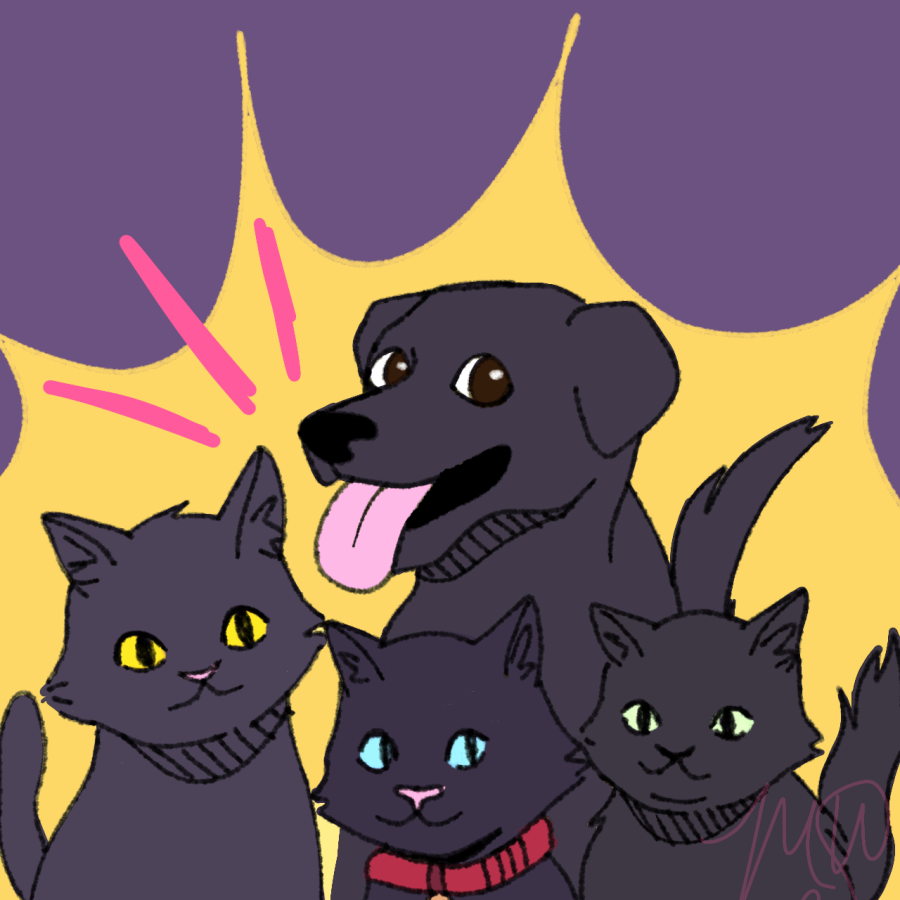 OPINION: Bias Against Black Cats and Dogs is Nonsense

The stigma around black cats and dogs about being unlucky or evil has caused adoption rates to be down and euthanization rates up for those animals, which is beyond maddening. These dogs and cats are exactly the same as any other pet except their fur color differences. The New York Times believes that they are “overlooked due to superstition; because they are less photogenic; or because they are considered frightening.” As a current two-time black cat owner, I believe a strong disagreement over these stereotypes is in order.

This stigma is so widely known and realized that there is a name — “black dog syndrome” and “black cat syndrome” — that accounts for what has been happening. There is even a whole month, February, dedicated to bringing awareness to this issue.

Some say that lighting in kennels furthers the bias against black animals. The animals are kept in “poorly lit… warehouse locations with tons of shadowy corners where darker colored animals can blend in and go unseen” (Pets For Patriots). Dark quarters  further the stigma that black dogs and cats are evil because of the shadows.

Additionally, movie portrayals of these animals don’t help the cliché. The Sabrina the Teenage Witch film depicts a black cat as her pet. This follows along with the myths of cats having to do with evil such as witchery. Hollywood also represents cats in TV series and films as “villains or…impending doom”. Even in the mental health arena, depression is commonly referred to as the “Black Dog” (Pets For Patriots).

Adoption shelters have put forth effort to help these cats and dogs get adopted. Trying to use the stereotype in a positive way, the workers dress the animals in costumes and post pictures of them around Halloween time. This action has escalated adoption rates, but it also resulted in cats being “tortured or used in ritualistic killings around the holiday”, so they had to put a stop to that (Pets for Patriots).

The shelters have been trying other ways, like changing the lighting, showing more shots that show their personality, and making sure these animals are especially seen by placing them in different spots. A lot of volunteers and workers are trying their best, which should be applauded, but despite these shelters’ best efforts, euthanization is high and adoption is low for black animals.