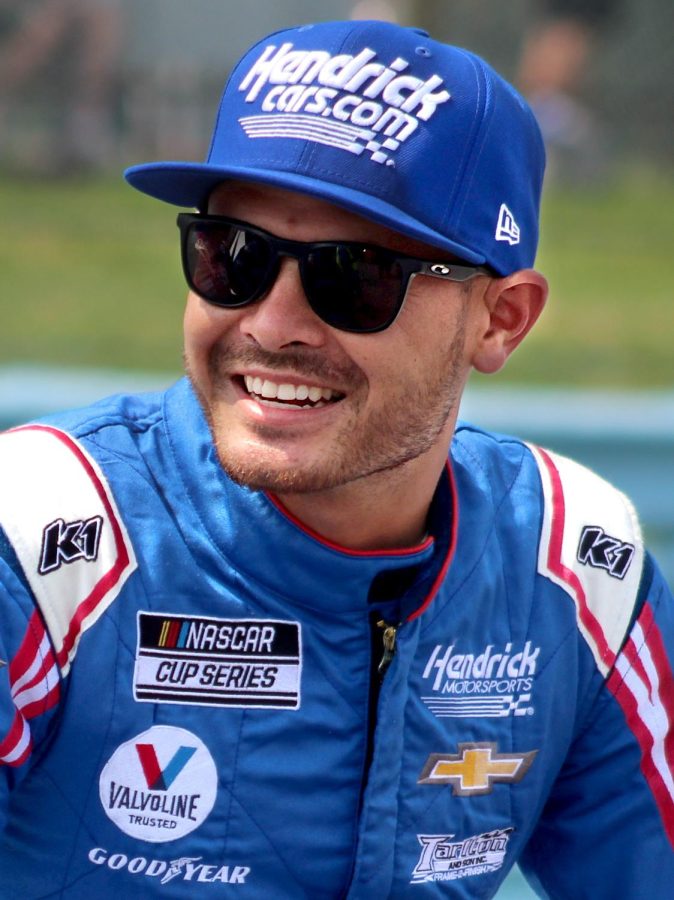 In 2014 Kyle Larson was to race for Chip Ganassi Racing in the No. 42 car and earned the Rookie of the year in 17th in 2014. Larson struggled in 2015 finishing 19th in points. In 2016 he got his first career win at Michigan International Raceway. He and his teammate would get eliminated in the Round of 16. 2017 was a better season with four wins and making it into the Round of 12 then getting eliminated again. In 2018 with the addition of the ZL1 Camaro he only made the playoffs getting no further than the Round of 12. Larson later bounced back from a winless season to a win at Dover in the playoffs in 2019 securing him in the Round of 8 then getting eliminated at Phoenix the cutoff race for 2019 into the Championship 4. In 2020 Larson said a racial slur on Iracing which is a virtual competition among racers. He was suspended by NASCAR, CGR, and Cheverlet and to be replaced by Matt Kenseth. He then spent the year helping minority families and he participated in many dirt races winning multiple races. He was then reinstated by NASCAR and set to drive the No. 5 for HMS coming off another Championship this time by Chase Elliott.

2021 was the best season for Larson, and it was one of the most successful seasons in the Cup Series. Larson won at Las Vegas and there on the rest was history: https://www.youtube.com/watch?v=tCqlUjlBUSA

When it is counted, ten wins in one season, that hasn’t been done since Jimmie Johnson had won the championship in 2007. He won the Coca Cola 600 with a ten second gap over 2nd place Elliott. He also won the All Star race at Texas, making it his second All Star win. Larson won the regular season points standings against a consistent Denny Hamlin. Larson won 5 races in the regular season and half the races in the postseason (10 races). He won on a variety of different tracks, with the only exception being the plate races and Talladega Superspeedway (plate races) were the only results of his two DNFs in 2021. This team is just as resilient as the No. 9 in the playoffs but with more success. At the Charlotte Roval, his team not only overcame technical difficulties but rallied back to the win, much like Elliott did the last two seasons at the Charlotte Roval. He also had two instances of three straight races in a row. That hasn’t been done since Dale Earnhardt Sr. in 1987, a seven time champion. Larson has many more Championships to compete for, he could get back to back Championships next season further making him unbeatable. And it was foreshadowed in 2014 when he raced against Brad Keselowski and Jeff Gordon (two championship favorites in 2014) that he could race with good drivers, and it was just the equipment that he was given. Hendrick Motorsports is a reviving team, and with Larson he will keep Hendrick Motorsports at its best and back to they’re slogan; “Refuse to Lose.”