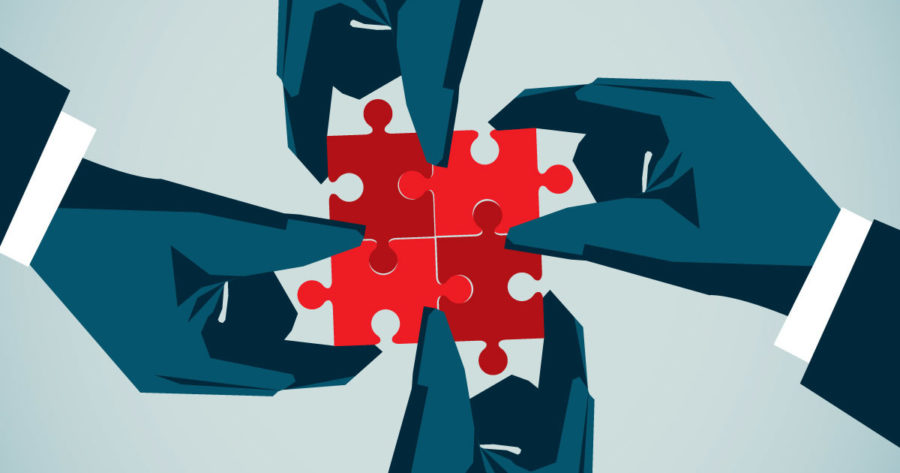 Imagine doing a family puzzle. Puzzles should be a fun activity with room for everyone’s contributions; unlike a game, everyone wins. Yet, before the first piece is placed, the debate is begun: To start on with the center pieces first or to start with the edge first, that is the question. To the unaccustomed, it may appear that some people could work on the center objects and others on the edge; however, such compromise is untenable with the puzzle completion philosophies. There can only be one right way: my way. Because no one can compromise on the right way to do the puzzle, no one does the puzzle. People’s attachment to doing something their way is unnecessary and can prevent effective collaboration.

One friend of mine has yet to get his parking pass, having recently got his license. He has to burden his parents by making them drive him to school and burden his friends by making them drive him home. Now, if you haven’t had to get a parking pass yet, it is easy–easier than my grandma’s puzzles at least. All you have to do is go to the main office and either bring in some paperwork or fill it out there. Accordingly, two friends of the one without a parking pass–one of which was me–were pressuring this friend to get his parking pass. We started to explain the simplicity and ease of the process. That is where the trouble began.

I rationally recommended that the paperwork is filled out and brought in to the office beforehand; the other mistaken soul made the ridiculous assertion that the paperwork should be filled out in the office–who does paperwork in an office? Within a few sentences, the conversation became more about the two of us enlightening each other about the best way to fill out paperwork and less about enlightening the friend without a parking pass about getting one. Instead of convincing the friend who needed convincing to do something, we passionately debated how each other should have done paperwork–paperwork that we’d never do again–several months ago.

Even though my method of paperwork completion is obviously better, spending that much time on something that could not be changed and was fairly minor was probably worth neither my time nor my effort, sort of like puzzles. That is the issue with being convicted about my way being the best way. There are almost always multiple ways to do the same thing. Getting hung up on which way is best is seldom productive. In fact, it can be harmful.

Congress often agrees on what to do, but cannot agree on how to do it. Instead of working together to grant asylum to Dreamers, Congress got hung up on the process of DACA and never solved the puzzle of passing the bill. The family trying to accomplish the puzzle lost out on time together because they disagreed on how to start. Businesses collapse because partners know they need to change but don’t agree on how. In trying to answer how, people often lose sight of why.

Though I maintain my way of getting a parking pass is the right way–could I be wrong? Nothing was accomplished by trying to push that on another person. When an issue matters–whether it be bipartisan legislation or puzzle completion–people should not get hung up on how to do it. That it matters proves accomplishing the goal is more important. Achieving a goal some way is better than not achieving it at all.