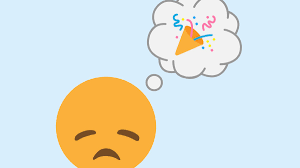 OPINION: FOMO Leads to Missing Out on What’s REALLY Important

While everyone’s experience of middle school varied, there is one trait to which every veteran of those years can relate: Fear of Missing Out. From every random club to every boring game to even watching two individuals punch away their own future as they aim for each other, people want to experience everything. People fear missing out so much that being left out can destroy friendships and hurt relationships. Often, the fear of missing out causes people to miss out on what’s important.

FOMO is most exhibited at the lunch table of middle school. Students willfully pack themselves on as few tables as possible, recognizing other tables are open. While the discomfort, and the smell, of the crowded tables is undesirable, the thought of missing Monica’s latest drama is unbearable.

Once seated, or really just crouching under, these crowded tables, the multitude of students finds themselves servants of the few popular, domineering personalities present. The topics of conversation that are desired are repressed in fear of society’s most heinous tool of retribution: the side eye. Instead, everyone nods in agreement as Princess Perfect complains about how unfair Teacher X’s curving policy is. By the end of lunch, most students desire leaving the only breath of freedom in their day of captivity because the social pressure is so compressing—and the stench is too strong.

The pain of this arrangement is less in the permanently compressed hips that result from 18 students sitting on a bench for 6 and is more in watching these students sacrifice the friendship to their idol of FOMO. No student, no living person could deny that time with friends is more pleasant than time with other people: that’s what makes them friends. Yet, too often people choose the less pleasant experiences with non friends to having a jolly time with them.

The root of FOMO is an innate desire to be ‘in’, to be part of the group. When humans lived in groups of a hundred and the difference between being ‘in’ and ‘out’ was being alive or dead, this made sense. However, somehow, we have made progress. Instead of a binary choice of being ‘in’ or ‘out’, one can choose to be ‘in’ whatever group one wants. Once people realize that they should be ‘in’ the group they like, groups stop being popular and start being equal—this usually happens at the start of high school. However, FOMO causes people to end up ‘out’ of every group after trying to get ‘in’ supposedly popular groups they don’t like.

The consequences of this are not just limited to building quality friendships as youth. People choose what they will read, which clothing they wear, even where they go to college off of what the ‘popular in’ group is doing. While most of us will not jump off a bridge because everyone else is doing so—despite the reminders that my parents provide every time the news reports on a teen in Florida—we very well could miss a world of literature because our taste are not aligned with the ‘popular’ ones or turn down the dinner of one’s dreams because the party everyone’s going to is that night. Fear of missing out can cause people to miss out on what makes life great.

Reflecting on my time in middle school, the best times were never with the most people. My favorite memories — whether cold backpacking trips or much-too-late trivia nights at Southern Hops — never had more than ten people; yet, they were the best ten people with which  to do whatever it may be. The crowded table may spread drama — and putrid odor — faster than the nerds’ table, but it will never beat the nerds’ table at spreading happiness and community. And that’s what makes life worth living.