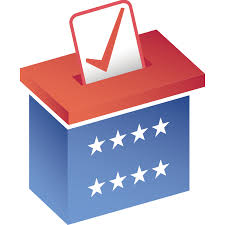 As the recent attack on the Capitol Building demonstrates, democracy as we know it is being pushed to the limit these days. But the reason is not just a divisive president able to rally an angry base by spreading lies about fraudulent election results on social media. While no wide-spread fraud has ever been proven, our country’s messed up election system does need to be fixed.

The winner is picked based on electoral votes that stem from popular voting. However, the results are often extremely lopsided. Most recently, Joe Biden beat Donald Trump by gaining 4.45 percent more of the popular vote — but 57 percent more Electoral College votes. In 2016, Donald Trump had 77 more electoral votes, but actually lost the popular vote by 2.8 million votes. These kind of results fan the flames of an already hotly divided republic.  So we may create a more perfect union of greater democracy, better compromise, and more accurate representation, the electoral system of the United States should be reformed to become more proportional.

The will of the majority should outweigh the rule of the few. However, the electoral system has made this impossible. As we have seen in recent elections, a candidate can win even if he or she gets fewer votes. When there are more than two candidates in a race, the plurality of voters could elect a candidate that is opposed by the majority.

First-Past-the-Post (FPTP), the voting system used in all but two states, is a system where one representative is elected by the plurality of voters. This system practically results in two large parties. Any third party simply takes voters from one of the major parties and prevents the party of which they are most aligned from winning. Since there are more than two political philosophies, it inevitably results in many unrepresented voters. For example, in 1968, Republican President Nixon won the presidential election despite winning only 43% of the popular vote. Two Democrats, Hubert Humphrey and George Wallace, ran which split the Democratic vote and gave Nixon a victory. If you add together Wallace and Humphrey’s vote, you get 56.2% of the vote; united they would have won, overwhelmingly.

Also, since it is a winner take all system, it means that Democrats in red-states or districts are not represented, nor are Republicans in blue ones. There are more Republican voters in California than any other states, yet they usually do not get a single elector representing them. Democrats in South Carolina haven’t had a vote in the Senate since Fritz Hollings retired before I was born. This lack of representation is not just unfair, it means that issues which matter to California Republicans, like restrictions on county property taxes, or South Carolina Democrats, like protecting public utilities, are ignored.

Finally, our electoral system discourages bipartisanship. Most representatives and senators represent “safe” districts that often have been gerrymandered to be red or blue. Their only chance of losing is within their primaries; thus, their incentive is to avoid compromise so they do not upset their own base for the next election.

The question is then what system should be used. First, to prevent minority winners, institute a ranked choice ballot. Instead of voting for one candidate, people would rank the candidates and their votes would be redistributed. From the perspective of the voter, they could select a minority-party candidate they favor without fearing the major party candidate with whom they most agree will lose their vote if their first choice loses. Because more people would vote third party, third parties would have a chance. Maine, which uses rank-choice voting, has an independent senator. Angus King would likely have struggled to win under FPTP because liberal leaning voters would have been reluctant to risk splitting the vote and giving the election to a conservative. However, Maine’s ranked choice system gives third parties a chance and eliminates the possibility of a minority candidate.

Second, to ensure that every voter is represented, each congressional district would have multiple representatives who would be elected using the rank-choice ballots. This is called Single Transferable Vote (STV). Australia used Single Transferable Vote to elect their Senate and all Australians had a Senator from their side of the ideological aisle to represent them. Finally, the electoral college votes of a state would be proportional to the number of votes each candidate received in the state. So, instead of Trump’s 6 million voters in California not having a single elector to the electoral college, they would get the one in three they proportionally deserve. South Carolina would send 5 Republican electors and 4 Democrat electors, accurately representing the proportion of voters in the election. This has the added advantage of avoiding the current system where candidates pander only to swing state voters, ignoring the interest of safe-state voters.

Opponents of electoral reform often argue the added representation is the problem, not the advantage. The argument is usually that, since third parties would be able to win, a multiparty system would be created with many parties that cannot compromise. Ignoring the condescending tone behind arguing voters should not be trusted enough to represent them fairly, it is wrong. Because there would be more Southern Democrats and New England Republicans, they would be able to focus on nonpartisan, regional issues that are now ignored. Additionally, third parties would be more likely to compromise than the major parties. You would see the right wing populist candidates working with Liberals on $2,000 direct payments, while southern Democrats could ally with Conservatives to prohibit federally funded abortions.

The question is not of practicality, but of democracy. There cannot be a democratic system where the plurality of voters decides everything for the majority of people; yet, as the system is today, a small minority of voters hold a disproportionate impact on the politics of the country. Reforming the system is about creating a system that represents all Americans equally. Whether a Republican in California, a Democrat in South Carolina, or a Wyoming cattle rancher, all people deserve the same say in government. That is why we need reform.

Mac Malambri is a pre-IB sophomore who loves politics, economics, and philosophy.