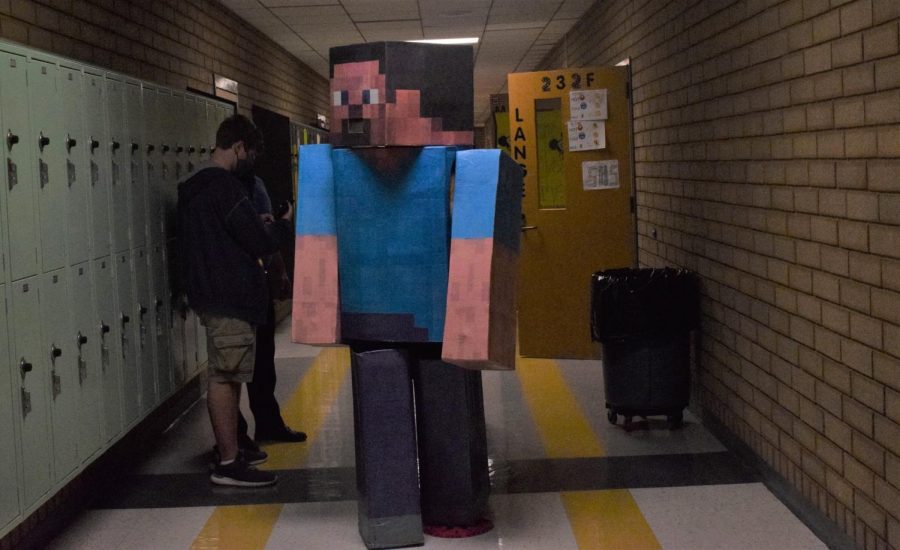 Junior Brayden Tucker brought a little Halloween fun to the halls of Socastee High School Thursday when he wore his homemade Minecraft costume into school.

He has been working on the costume of the character Steve since February.

He came up with the idea around Christmastime when he was playing Minecraft. He went and told his grandma, who usually makes his Halloween costumes. 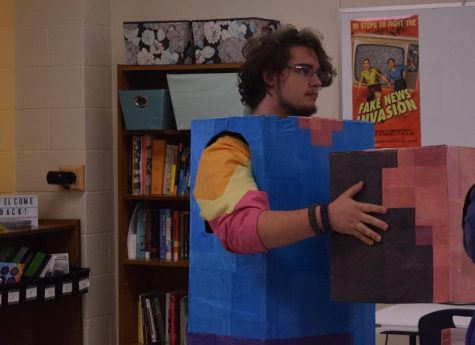 The costume is made mostly out of cardboard and paper.

“We do have some pool noodles in the head and the legs for braces,” Brayden said. “That’s why I’m able to move my head.”

Brayden brought the costume to his Media Literacy class Thursday so the students could practice videotaping by filming a story. Then, he walked down the hall to English Teacher Mrs. Martin’s room. 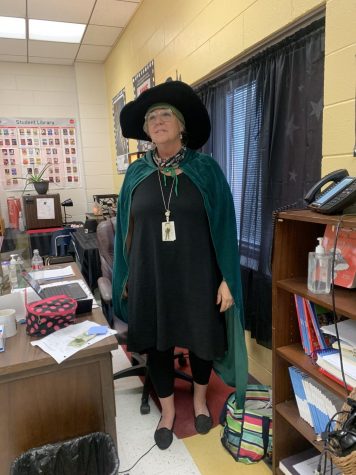 Mrs. Martin, who was in costume herself as Professor Minerva McGonagall for Red Ribbon Week’s Harry Potter Day, shouted, “I love it!” 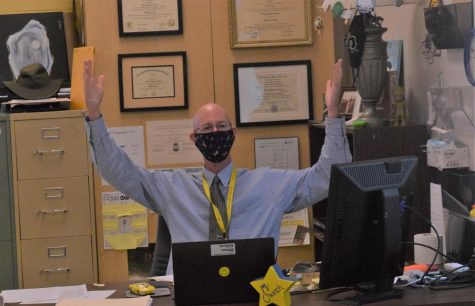