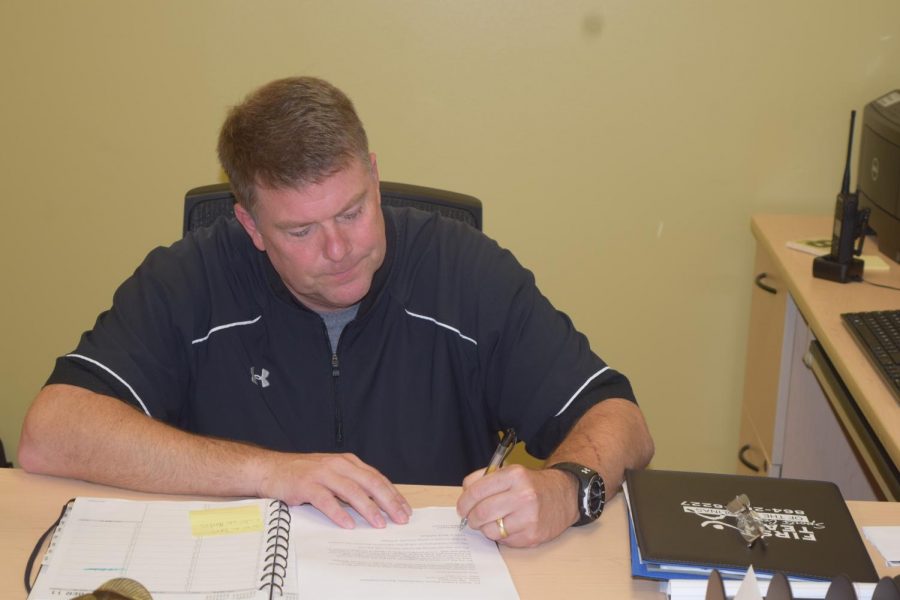 Socastee’s new athletic director brings a lot of experience to the job.
Mr. Hal McManus — who replaces longtime AD Mr. Tim Renfrow — has been an AD at three other schools in upstate South Carolina, most recently Boiling Springs High School. He also has been a basketball coach at three schools, including at Conway High School from 1997-99 and is the son of the legendary Byrnes boys basketball coach Harold McManus. All in all, he’s been in education for 26 years and an AD for the past 15 years.
“Both my parents were both educators,” Mr. McManus said. “I saw them everyday and what they did, and I was hoping I could influence young lives as much as they did.”
He said he was interested in the job here at Socastee because of the school’s location, and its academic and athletic reputation.
“Socastee is a very special school,” he said. “We knew it was a good place, not only for us but for our son, who is a junior.”
He also is looking forward to the challenge of improving the athletic program, including football, which has had five consecutive losing seasons.
“The opportunity to come here and be a part of this athletic program, trying to keep moving it forward…that was an opportunity we couldn’t pass up,” McManus said.
He said he plans to make changes slowly.
“I’ve got to sit back and evaluate everything and look at how things are going,” he said, “how things have been done — and then I’ve got to put my own stamp on it.”
One specific goal he has is to get more people involved with the Athletic Association.
“The support they provide is immeasurable,” he said, “and we’ve got a great base of people that are working in that, but you always need more help.”
Expanding that program should bring out more fans to games.
“We’ve got those people in the stands supporting,” he said, “because I don’t care what anyone says…people are going to perform better when they’ve got people behind them supporting them.”
Long-term, he hopes to recruit strong coaches.
“We’ve got to get the best people we can,” he said. “The kids here deserve that.”
He wants coaches who will “not to help only with skill development but to help with personal development of our athletes.”